Archive for the ‘Press Releases’ Category

KARACHI, August 31, 2016: Jubilee Life Insurance Company Limited announced impressive financial results for the first half of 2016, declaring an interim cash dividend of 30% (Rs.3.00 per share). The results were declared by the Board of Directors who met under the chairmanship of Mr. Kamal A. Chinoy to review the half yearly performance of the Company.

The Company reported a pre-tax profit of Rs.1,289 million for the first half of 2016, which is19% higher than the pre-tax profit of Rs.1,086 million for the corresponding period last year, whilst the profit after tax aggregating to Rs.808 million recorded an increase of 20%, as against Rs.674 million in the corresponding period of last year. The earnings per share (EPS) increased to Rs.11.21 per share.

Speaking about the financial results, Mr. Javed Ahmed, Managing Director & CEO Jubilee Life said, “Our results are a clear indication that while providing best possible services to our customers, we are also equally enthusiastic about increasing shareholders’ value.”

He added that Jubilee Life is also playing an important role in inculcating a savings culture with in the country.

Lahore, September 07, 2016: Marking the 50th anniversary of International Literacy Day, The Coca-Cola Export Corporation, Pakistan branch,reactivated its campaign – The Coca-Cola Book Bank; a drive to reuse non-serviceable visi-coolers for collectingbooks from the public at large which they no longer need, for donation to leading education sector NGOs, The Citizens Foundation and CARE Foundation. The old glass-fronted visi-coolers were converted into Book Banks and book donors were rewarded with chilled complimentary Coca-Cola.

Coca-Cola Pakistan undertook the activity at the premises of Lahore University of Management Sciences (LUMS) in an effort to gain student support for the noble cause, and at Coca-Cola Beverages Pakistan Ltd (CCBPL), promoting employee engagement within the Coca-Cola System.

A similar activity was organizedlast year in Karachi, through which over 3,500 books were collected for students of The Citizens Foundation. The Coca-Cola Book Bank activity was mainly promoted through social media outreach, and gained immense traction. The activity also recently won the prestigious SABRE Gold Standard Award for Best Social Media Campaign of South Asia. The award-winning activity was a part ofongoing efforts by Coca-Cola Pakistan to raise awareness of importance of education in Pakistan, primarily targeting the youth of the country.

On this occasion, Rizwan U. Khan, General Manager, The Coca-Cola Company, Pakistan & Afghanistan, stated,“Supporting education has been a pillar of Coca-Cola Pakistan’s corporate social responsibility programme for over 12 years. From establishing 2 schools for less privileged children in partnership with The Citizens Foundation, to adopting 6 government schools, to setting up an endowment fund at the Lahore University of Management Sciences, to supporting education sector NGO, CARE Foundation, and still other activities, Coca-Cola Pakistan has continually expanded its outreach in this vital area. And now the Coca-Cola Book Bank initiative takes our mission further forward, creating an excellent opportunity for the public to also participate in this noble mission through donating books on International Literacy Day and thus working to make education available to all.”

Karachi: September 19, 2006 – The region’s leading car booking app, Careem, has today unveiled its new brand identity to mark the company’s four-year anniversary. Aimed at building on the company’s remarkable growth in the last four years, the rebranding initiative will see Careem undergo a complete makeover, with a new company symbol featuring a green wink and the implementation of a revamped strategy across all verticals – from product messaging and advertising to community outreach and company culture. 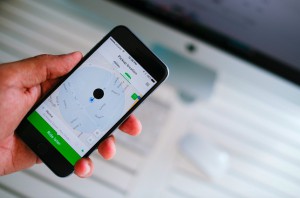 Since its launch, Careem hasquickly established itself as theregion’s carbooking app of choice, with a phenomenal 30% growth month-on-month. Operating in 32 cities from Morocco to Pakistan, Careem now has over 4 millionregistered users and more than 80 thousand registered Captains across the network.

The goal of the rebranding effort is to give Careem an offline presence as effective as its online presence— an image that captures the beauty and simplicity of technology and the positive impact it is creating in the region.
“The rebrand represents more than just a brand overhaul,” said MudassirSheikha – Co-founder of Careem. “This new branding changes the whole identity and manifestation of Careem. The logo is bold, positive, playful and differentiating. We wanted our brand to reflect how proud we are of being local. We also did some serious work to see how the logo plays across variouscultures in the countries we operate in and the response was indisputably positive.”

“Our mission is to move our region towards better living; and to achieve that, we had to create a regionally recognized brand symbol synonymous with what westand for. Careem is bold, local and relevant to all, and the new identity represent these attributes perfectly. With the new identity, we wanted tonot only focus on the practical element of “what” the company is doing, but also the “why” aspect of the Careem story and the new logo gives people reasons to believe in it,”added Sheikha.

Careem was established in 2012 by Magnus Olsson and Mudassir Sheikha, who wanted to create something meaningful that simplifies and improves people’s lives. In 2014, Careem reached new heights when Abdulla Elyas, a Saudi entrepreneur, joined the founding team after leaving Germany to play an impactful role in the positive transformation of the region.

Karachi, September 19, 2016: Jubilee Life Insurance, the leading private sector life insurance provider in the country, has been awarded by the Pakistan Stock Exchange (PSX) with an award for one of the Top 25 Companies of the Corporate World in Pakistan for 2014. 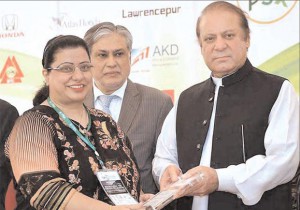 The prestigious award was received on behalf of Jubilee Life Insurance Company Limited by their Chief Financial Officer, Ms. Lilly R. Dossabhoy, from the Honorable Prime Minister of the Islamic Republic of Pakistan, Mr. Muhammad Nawaz Sharif at a ceremony, organized by the Pakistan Stock Exchange (PSX).

Talking about this achievement, Javed Ahmed, CEO & MD of Jubilee Life Insurance said, “Sound financial management and good corporate governance are the hallmarks of Jubilee Life operations and it is an honour that our efforts in these important areas have been acknowledged by the Pakistan Stock Exchange.”

The Award is in recognition of the outstanding performance of those listed companies assessed by the PSX as the scions of Pakistan’s industrial, financial and service sectors. The assessment by PSX is based on a stringent criteria covering excellent performance in corporate profitability, sharing of profits with shareholders, and adherence to the principles of good corporate governance set by the PSX.