You are here: Home » About us » Directors’ Profiles 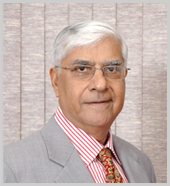 Anwar Rammal is the Founder-Chairman of Asiatic Public Relations (Pvt.) Ltd. A doyen of the advertising and public relations industries in Pakistan, Anwar Rammal, along with the other two directors provides strategic direction for the company and gets actively involved in the company’s business whenever his personal intervention is requested.

After working for a few multinationals, the young Anwar Rammal moved to London, U.K. in 1961 and began a new chapter in his life. Here he joined a leading advertising agency, W.S. Crawford. Later on he moved to Karachi as their Creative Director. In 1963, together with a friend he launched an advertising agency of his own and Asiatic was born. Asiatic became one of the most respected and acclaimed ad agencies in the country in a short span of time and was later bought over by JWT. The company that began with a staff of six had grown to a company with over 170 employees.

A visionary and a natural entrepreneur, Annwar Rammal has success stories that makes him a wonderful role model. He is a man who not only dared to dream, but also had the courage to transform the dream into reality. Today he rests on his laurels comfortably and spends the major part of his time in philanthropic and community welfare works. He is a founder member of the Patients Behbood Society for the Agha Khan University Hospital, a board member of the National Academy of Performing Arts (NAPA) and a trustee of the Foundation for Museum of Modern Art (FOMMA). 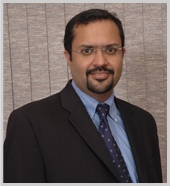 Amin began his career with Asiatic Advertising (now JWT) in Pakistan from where he branched out into other marketing and business areas. He subsequently worked with two mid-stage companies in USA with successful IPOs. The first one was Digitas where he was a key lead in providing strategy and analytics consulting for clients like General Motors, XM Radio, AARP. The second was Athenahealth, a healthcare information technology firm, where his role was Director of Marketing.

Amin has a BBA from Boston University and an MBA from Babson College. 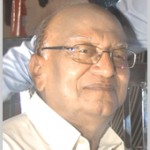 Mr Ghayasuddin joined Asiatic Advertising (Pvt) Ltd. in 1966, as Manager Finance and later became a partner. In December 2000, when the company was sold to its international affiliates J. Walter Thompson, he decided to retire from the advertising firm and focus fully on his role as the Finance Director of APR.

Ghayasuddin Sheikh carries with him over 30 years experience in handling financial matters which has earned him the well-deserved position he holds today. Previously he worked with Quality Steel Works Ltd. Karachi and later joined Metropolitan Steel Corporation of Pakistan Ltd., one of the largest importers of iron and steel.

Ghayasuddin Sheikh graduated in commerce and law from Karachi University in 1958 and 1963 respectively.