Karachi, October 31, 2016 : Emirates SkyCargo, the freight division of Emirates Airline, has transported over 18,000 tonnes of perishables from Pakistan from April to September this year to destinations around the world. The exports, which mainly comprised red and white meat, fruits, vegetables, and dry fruit, were transported to countries across the globe through Emirates SkyCargo’s global network of over 150 destinations across 82 countries in six continents.

Pakistan is a major producer of perishable commodities such as fruits and vegetables, meat and fresh sea food. Emirates SkyCargo plays an important role in these exports reaching global customers thereby contributing to the exports and the overall economy of Pakistan. 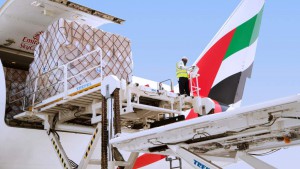 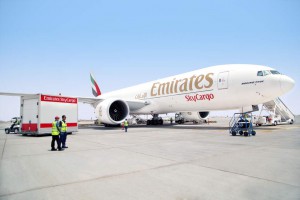 Red meat, including beef and mutton, constitutes the largest share of perishables exported from Pakistan through Emirates SkyCargo. The carrier transported more than 11,400 tonnes of red meat from the period April to September 2016. Dubai is a major export destination for red meat from Pakistan. White meat, including fresh fish and crabs, are also important perishable commodities that are exported via Emirates Sky Cargo. Over 1,600 tonnes of fish have been transported since April this year, with Dubai and Kuwait being the main destinations. Emirates SkyCargo also moved over 600 tonnes of crabs from Pakistan in the same period.

As for exports of fruits from the country, mangoes enjoy the highest share. Considered the ‘king’ of fruits, mango is a specialty export product of Pakistan and has a major contribution to the overall economy of the country. The country is the fifth leading global producer of mangoes. Pakistani mangoes are high in fibre content, low on calorie count and also contain adequate amounts of nutrition, making them one of the most sought after fruits around the world.

Emirates SkyCargo transported Pakistani mangoes to destinations where they are much in demand including in the US and Europe. The carrier transported close to a thousand tonne of mangoes to London alone this year. The Middle East also receives a large share of mango exports from Pakistan.

Other than mangoes, the total export of fruits and vegetables from Pakistan via Emirates Sky Cargo accounts to up to 1,500 tons this year.

Food shipments have to be temperature controlled end to end in order to ensure freshness and quality and Emirates SkyCargo has superior cool chain capabilities to connect two very distant points on the globe for temperature sensitive perishables. Emirates SkyCargo operates state-of-the-art cargo facilities at its dual hub locations in Dubai International Airport and Dubai World Central (DWC). Both terminals offer extensive cool chain facilities for the handling and transportation of temperature sensitive products. Emirates SkyCentral at DWC has over 15,000 sq. metres of space dedicated to cool chain shipments.

Emirates SkyCargo is the largest international airline cargo operator in the world with a fleet of 250 aircraft, including 15 dedicated freighters- 13 Boeing 777-Fs and two B747-400ERFs.