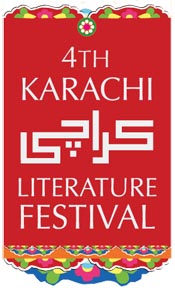 Karachi, February 12, 2013: Coca-Cola Pakistan has come forward to extend sponsorship support to the Karachi Literature Festival, being held in the city from February 15 to 17, 2013. The KLF, now in its fourth year, is the country’s biggest literary event and this year will host about 200 writers, authors, poets and other literati from Pakistan and several other countries. More than 20,000 people are expected to throng the venue over the 3 days and participate in a rich variety of activities that include book readings, lectures, workshops, talks, book launch, a children’s literature festival and a book fair.

Speaking about the Company’s support to KLF, General Manager of The Coca-Cola Export Corporation, Pakistan & Afghanistan, Rizwan U. Khan stated, “We are really honoured to partner with the Karachi Literature Festival, which is undoubtedly an exceptional initiative to promote public interest in the written word. Literature will always enhance knowledge and thought, inspire and motivate and promote high values in society. The KLF is in a sense a reflection of our global Live Positively ethos.”

“Coca-Cola is one of the leading corporate sector sponsors who have come forward to support KLF. The sponsorship includes The Coca-Cola Karachi Literature Festival Award for the Best Non-fiction Work in English in 2012 by a Pakistani author, gift packs for the participating authors and writers, free supply of Minute Maid Pulpy Orange (MMPO) and Kinley bottled water for all visitors over the 3 days of the Festival.

Coca-Cola strongly believes in supporting education and learning, and the arts and culture. The Company’s ongoing support to the CARE Foundation, the TCF School Coca-Cola Campus Muzaffargarh, an endowment at LUMS for talented students from less-privileged background, and Coke Studio, are some of the leading initiatives in this regard.