KARACHI, December 06, 2012 Emirates, one of the fastest growing international airlines, has renewed its sponsorship of domestic cricket in Pakistan. The airline has a long history of supporting cricket and – as Co-Sponsor of the 2012 Faysal Bank T20 and the 2013 Faysal Bank T20 Super8 – is set to further strengthen its commitment to Pakistan and the sport. 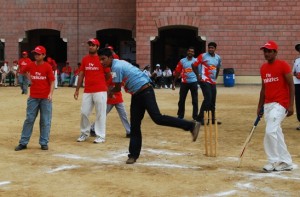 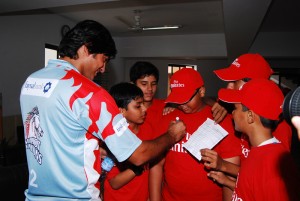 As an ICC Official Partner, Emirates supports cricket at a global, domestic and grassroots level, and this represents the second successive season of its backing of the game in Pakistan following its successful involvement in a number of events in 2011/12.

“Emirates is a world-renowned company and its support last season added great value to the domestic game,” said Asif Jamal, Director Marketing Pakistan Cricket Board. “The airline shares our belief in effort, commitment and hard work and these common principles will create a special understanding. This strategic alliance helps bridge the talent gap of sports in Pakistan,” added Jamal.

With naming rights to all the participating teams, as well as branding on their shirts and in the stadiums, the sponsorship is Emirates’ most significant involvement in mainstream sports in Pakistan, while it also allows the airline to continue its contribution to the local community.

“To be associated with a sport which the people of Pakistan are renowned for following with immense passion allows us to build a closer connection with them,” said Khalid Bardan, Vice President Pakistan & Afghanistan. “Last year, we hosted hundreds of pupils from disadvantaged schools at matches, while our sponsorship rights enabled us to take star players to a number of orphanages and schools where we staged coaching clinics and signing sessions.

“We aim to do this again this season, while the sponsorship also demonstrates our on-going support for the growth of cricket. Domestic cricket has produced many world-class players and we hope that this will enable Emirates to play a role in the continued success of the sport,” continued Bardan.

Since Emirates launched with its inaugural flight to Karachi in 1985, its Pakistan operation has expanded to 39 weekly flights to four destinations – Karachi, Lahore, Islamabad and Peshawar.